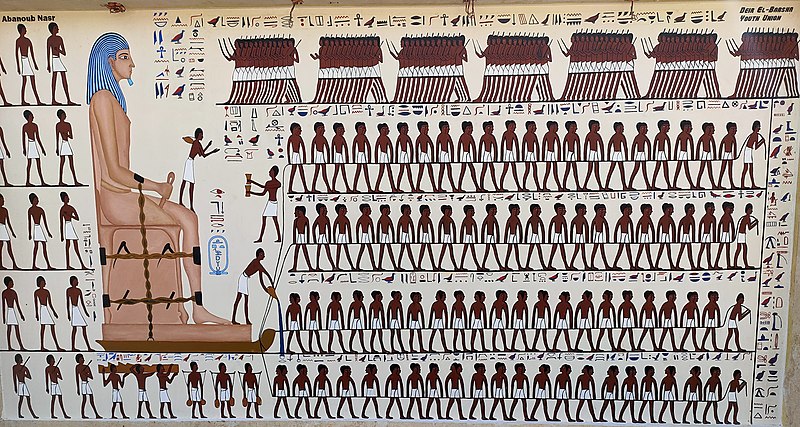 Were the pyramids of Egypt built by the Egyptians? That seems like an easy one to answer but not to those caught up in alternate theories of the world. This came to mind again when a friend sent a link that seemed to indicate the Great Pyramid could not have been built in the time suggested by archeologists and Egyptologists.

The Bible does not speak directly about the Egyptian pyramids. However, it is thought that the famed Tower of Babel was the first Biblical record of a very large “tower”. You see, the term “Tower of Babel” is not specifically written. It is said like this:

Then they said, “Come, let us build ourselves a city, with a tower that reaches to the heavens, so that we may make a name for ourselves; otherwise we will be scattered over the face of the whole earth.”

You know the rest of the story. The reason I bring this up is it shows that ancient man was capable of great building very large structures. In Egypt alone, there are well over 100 pyramids discovered to date. Sudan has over 200 and there are many more around the world.

The South American ones rival the pyramids of Egypt in some ways. The Myans were still building them as late as the 3rd to 9th century AD. That is not long ago compared to their earliest ancestors which are thousands of years old by most estimates.

Before the Tower of Babel and the pyramids around the world, man had shown his ability to move enormous stones. We all know about Stone Henge in Great Britain. Those who follow archeology may also know about Göbekli Tepe. There are many unknowns about these structures.

The field of archeology is relatively new. It also requires money, manpower, and access to some difficult-to-reach places. There is much conjecture which leads some to go off into wild speculation. There are two basic types of speculation. The first type leads to plausible theories. The second type leads to money-making opportunities. If it is sensational enough you can make millions on books and even television shows.

Most of these other places left no written or pictographic record of how they achieved these great feats. The one exception is the Egyptian record. We have over 100 pyramids and many other sites including tombs like the Valley of the Kings. Since these things are located in a very dry area of the world they are well preserved. In addition, they are not difficult to access like those we find in jungles, mountains, or war-torn & politically difficult areas.

There is a very good article on the Bible and pyramids at this link. Of note in this article is the record of Josephus, a Roman Jewish historian. According to Josephus, the Jews were used by the Egyptians in the building of some of the pyramids of Egypt.

Now it happened that the Egyptians grew delicate and lazy, as to pains-taking; and gave themselves up to other pleasures, and in particular to the love of gain. They also became very ill affected towards the Hebrews, as touched with envy at their prosperity. For when they saw how the nation of the Israelites flourished, and were become eminent already in plenty of wealth, which they had acquired by their virtue, and natural love of labour, they thought their increase was to their own detriment. And having in length of time forgotten the benefits they had received from Joseph; particularly the crown being now come into another family; they became very abusive to the Israelites; and contrived many ways of afflicting them: for they enjoyned them to cut a great number of channels for the river, and to build walls for their cities, and ramparts, that they might restrain the river, and hinder its waters from stagnating, upon its running over its own banks: they set them also to build pyramids: (22) and by all this wore them out, and forced them to learn all sorts of mechanical arts, and to accustom themselves to hard labour. And four hundred years did they spend under these afflictions: for they strove one against the other which should get the mastery. The Egyptians desiring to destroy the Israelites by these labours; and the Israelites desiring to hold out to the end under them.

While these pyramids do not fit the timeframe of the Great Pyramid it does show that the Egyptians certainly were in charge of their construction. As Josephus points out the Jews were forced them to learn all sorts of mechanical arts. The only aliens were the Jews, not the extraterrestrial type. Speculation about ET aliens et cetera is a cult movement promoted by men seeking money and fame. They are aided by the formerly distinguished History Channel.