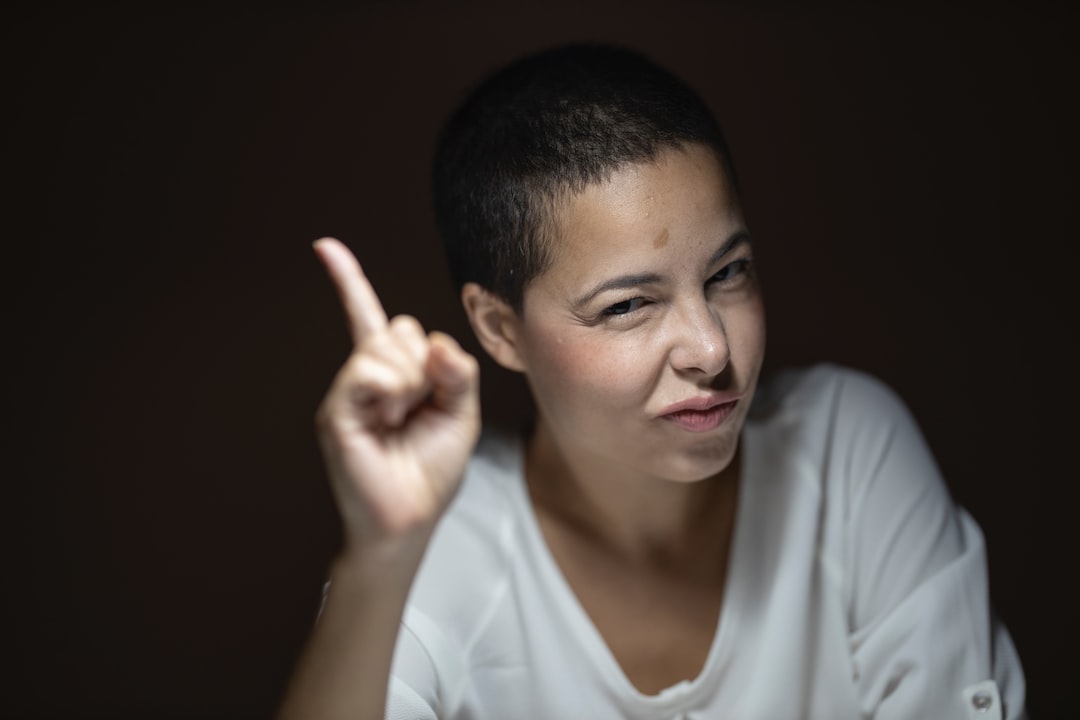 There are two subjects I want to address in this post. First, how should we react when our faith is questioned or slandered? Second, is there an answer to people that compare Christianity to other strange religious views?

Recently a YouTube Short popped up on my phone of a well-known crude comedian by the name of Bill Burr. Bill, who is extremely foul-mouthed, was going through his routine and poking fun at the group known as Scientology. I’m not linking to the video since it is so coarse. Bill and many comedians use extreme language to make their words seem more impactful. Frankly, I was military for 23 years so I’m not bothered by this. However, for the purposes of our more sensitive crowd and since you might want to use this piece to teach children I thought it best to simply explain what he says. In short, Bill Burr talks about the cult of Scientology and compares it, in the end, to what Christians believe.

If you are unfamiliar with the teachings of the devotees of Scientology you can read more about it at this link. Many of you know of it since Tom Cruise is a famous actor who is part of this group.

I shared the video with a couple of friends, Brent and Mac. Mac was immediately incensed by the slander the comedian levied toward our common faith. It is important to note that the comedian put his sketch in the frame of reference that Christianity is also “kind of” his belief. At least Bill Burr was poking fun at his own view. It took some of the “sting” out of his comment in my mind.

Burr points out that the man who started it is named Ron. That was Ron L. Hubbard the science fiction author and later cult leader. Then Bill lists all the strange things they believe and how incredible it is that anyone would fall for his cult religion. Bill has everyone in agreement after his description of who Ron was. Any rational person would not fall for this Scientology thing. Then he points out that believing in the virgin birth of a guy who walked on water and was raised from the dead is just as strange.

The point the comedian is making is people believe unbelievable things. Bill uses a technique called “flipping of the script”.  Over my lifetime I have encountered this technique used in various ways. It can be used in debate and can be very entertaining in comedy. Let’s address the first question.

How should we react when our faith is questioned or slandered?

It can be difficult and even hurtful when our faith is questioned or slandered. It’s natural to feel defensive or upset in these situations, but it’s important to remember that it’s okay to have differences of opinion and to respect the right of others to hold their own beliefs.

One way to react when your faith is questioned or slandered is to try to understand the perspective of the person who is questioning or criticizing your faith. They may have had different experiences or come from a different background, and it can be helpful to try to understand where they are coming from. It can also be helpful to remember that your faith is a personal matter and that you don’t need to defend it to others if you don’t want to. It’s okay to decline to engage in discussions about your faith if you don’t feel comfortable or if you think the conversation is not productive.

If you do decide to engage in a discussion about your faith, it can be helpful to try to stay calm and respectful, even if you disagree with the other person. In 1 Peter 3:15 Peter admonishes us to give an answer to those who ask with respect. It’s important to remember that you can’t control what others think or say, and that it’s okay to agree to disagree. Jesus tells us in Matthew 7:6 to not throw pearls before pigs. In some cases, you are wasting your time. It can be hard to tell which type you are dealing with.

Ultimately, how you react when your faith is questioned or slandered is up to you, and what seems best for you will depend on the specific circumstances and your own personality and beliefs. It’s important to remember that it’s okay to feel hurt or upset in these situations, but it’s also important to try to find a way to handle your feelings in accordance with your own values and beliefs. If you deal with your own feelings first you will be better equipped to give a reasoned response.

Now for the second question.

Is there an answer to people that compare Christianity to other strange religious views?

Someone will invariably argue that the Christian faith is no more reasonable than any other belief, Scientology, Jehovah’s Witness, Ancient Alien or name your unorthodox religious view.

The question that came to my mind was how do you argue what Bill said? I’ll be the first to admit that all the things we believe about Jesus and God would seem unbelievable in a vacuum. Who knows how we would view the miracles of Jesus if He performed them among us today? Some might claim Jesus was simply a magician like Chris Angel.

There are certainly some people who believe that Jesus was a magician or that the events described in the Bible were simply tricks or illusions. However, this view is not supported by the historical evidence or by the teachings and beliefs of the Christian faith. These things did not occur in a vacuum.

According to the Bible, Jesus performed miracles and healings as a way to demonstrate his divine power and authority. He also taught about the nature of God and the importance of living a life of faith and obedience. These actions and teachings are not consistent with those of a magician who is seeking to deceive or entertain through tricks and illusions.

It is important to approach any historical figure or event with an open mind and to carefully consider the evidence that is available. However, it is also important to be aware of the limitations of our knowledge and to be respectful of the beliefs and traditions of others. There are aspects of various religions that are true, good or helpful while probably not aligning with any orthodox views of the major religions of the world.

There are many situations in which two things can be simultaneously true. It is important to carefully consider the context and the specific meanings of the statements in order to understand whether or not they can both be true at the same time. First, it can seem things are all equal when it comes to various belief systems. Second, it is easy to ignore the unequal differences. Those two things are absolutely true. They are not diametrically opposed.

However, a modern-day religion fabricated by a science fiction author is not equal to the religion that is supported by a series of books (66 in the Protestant Bible)) written over 2,000 years by more than 40 different authors. One man, L. Ron Hubbard, or any other cult leader would have found it much easier to teach a new world/religious view than 44 men over a period of more than 2,000 years. For that reason alone I find Christianity to be compelling. It cannot be compared to something even as large as Islam, a one-man show of sorts, let alone Scientology or Ancient Aliens.

This discourse may not settle it for you. I am simply writing out how I personally process the argument that all belief is equal. Feel free to share your thoughts in the comments below.

Bill Burr has the freedom of speech to say what he will. Likewise I have the freedom to choose what I listen to. Crude, compromising, uncouth, and vile statements about deeply held faith I find to be in exceedingly bad taste and thus I will simply choose to “turn off” Mr. Burr.

I understand “comedy” can, and sometimes “needs” to be uncomfortable. OK. But I don’t have to listen. We each have “rights”. I choose to exercise mine as he has his.

While I also love quick sayings that synopsize an idea, sometimes a longer explanation will contain a nuance for a reader that they miss in the saying. Also, “To those who believe, no proof is necessary, to those who do not believe, no proof is possible” excludes the potential middle position, the seekers or persuadable. In other words, the law of the excluded middle does not apply here. I speak from experience. One may have viewed me as the unbeliever for whom no proof was possible. But with God, all things are possible.

Burr is really not the main subject although he was the catalyst for the post. The main point is strange beliefs and how “those who do not believe” flip the script on believers. Hopefully, this answered the question, in part, about the difference between a modern-day cult and a historic faith.

Well written and thoroughly constructed. Bill Burr while in fact being very coarse, makes an interesting comparison. the notion that religions have varied and yes somewhat unbelievable claims is credible. Haven’t we all at one time doubted the plausibility of tremendous acts?

Haven’t we all at one time doubted the plausibility of tremendous acts?

Yes, I have. I cannot answer for others but doubt is a part of human existence and is undeniable. That is why I often say everything is on a sliding scale. I use a scale of 1 to 10 for simplicity. I also ask myself the question “What if I am wrong about this?”

Let’s say I am wrong about believing in the Jesus of the Bible. Worst case scenario I’m in the same boat as people who do not believe or are of another relgioin. It is intersting to me that Jesus was the one who said “I am the way, the truth and the life, nobody comes to the Father but by me.” That is pretty exclusive. Nobody else ever said that.

I believe it was C.S. Lewis that pointed out Jesus was one of three things. He was a liar. He was mentally ill. He is who He said He is. I know which of of those I believe. It all boils down to faith.